Reverting Back Into A Teenage Boy

It's either I am turning into a 15 year old boy who loves anime or maybe one of those e-girls? I'm 31 (I think?) and it's time to embrace my nerdy persona and dive head long into my love of manga, magic, anime, fantasy and sci-fi. This past year I feel like people really started to shine and show their inner light. Being stuck at home will do that to you. Giving us time for reflection and self-discovery. 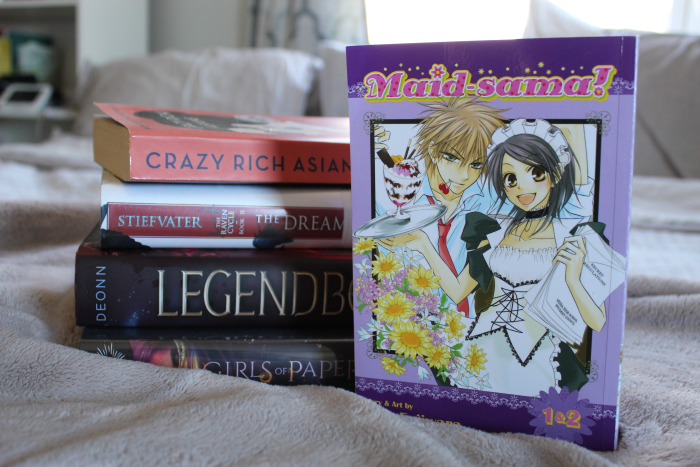 I've dipped in and out of anime since college. I had a friend that was in my Spanish class and he introduced me to it. He was really into Asian culture and we watched so much anime that year! Over the past 11 years I have gone in and out of that phase and now I'll about it. I've watched The Seven Deadly Sins on Netflix (AMAZING show!!) but otherwise haven't watched anything new. A lot of rewatching Sailor Moon and Studio Ghibli films because my girls love them.

Recently though on my recommended on Netflix was Maid Sama so I pushed play one night. After two sleepless nights because there are like 26 episodes I jumped on Safari to see if there was a season 2. There is not!!! Such a cruel world!

But there was good news. The story continues in the manga Maid Sama so now I shall officially be devouring the series to see what happens between Misaki and Usui.

The comments to this entry are closed.

A journal of a homeschooling mama to 4 girls. A Knowledge Seeker, Nature Explorer and Big Time Reader who still has horrible grammar.