What I Read In December 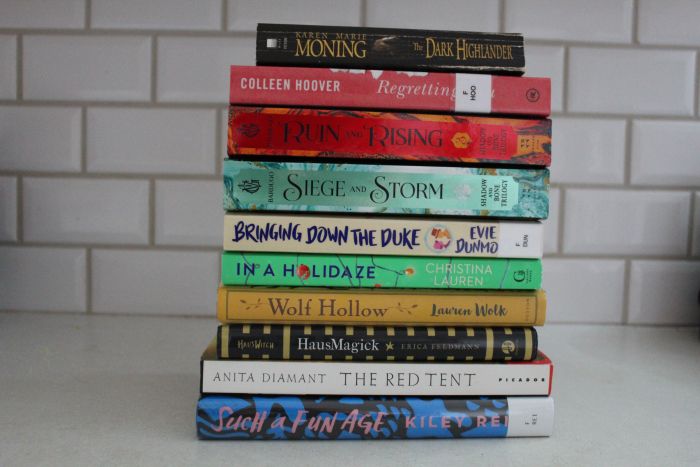 December turned out to be another great reading month. A lot of great books and 5 star reads. 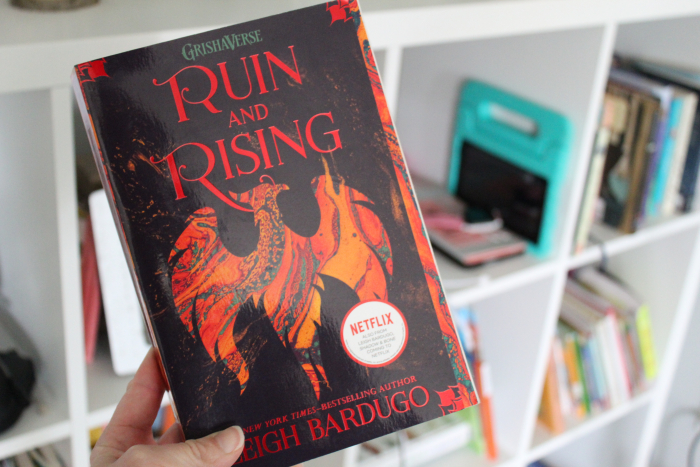 Ruin and Rising | ♥♥♥♥♥  I finished up Leigh Bardugo's Shadow and Bone Trilogy and loved every bit of it. Now I need the Six of Crows and dive down deeper into the Grishaverse. Morgan Grant and her sixteen-year-old daughter, Clara, would like nothing more than to be nothing alike.

Morgan is determined to prevent her daughter from making the same mistakes she did. By getting pregnant and married way too young, Morgan put her own dreams on hold. Clara doesn’t want to follow in her mother’s footsteps. Her predictable mother doesn’t have a spontaneous bone in her body.

With warring personalities and conflicting goals, Morgan and Clara find it increasingly difficult to coexist. The only person who can bring peace to the household is Chris—Morgan’s husband, Clara’s father, and the family anchor. But that peace is shattered when Chris is involved in a tragic and questionable accident. The heartbreaking and long-lasting consequences will reach far beyond just Morgan and Clara.

While struggling to rebuild everything that crashed around them, Morgan finds comfort in the last person she expects to, and Clara turns to the one boy she’s been forbidden to see. With each passing day, new secrets, resentment, and misunderstandings make mother and daughter fall further apart. So far apart, it might be impossible for them to ever fall back together

I didn't find this as good as everyone said it was but I still couldn't put it down and had to keep reading it. The storyline was a bit hard as a ennegram 1 and someone who is such a right and wrong person. I loved the daughters POV and her story though! 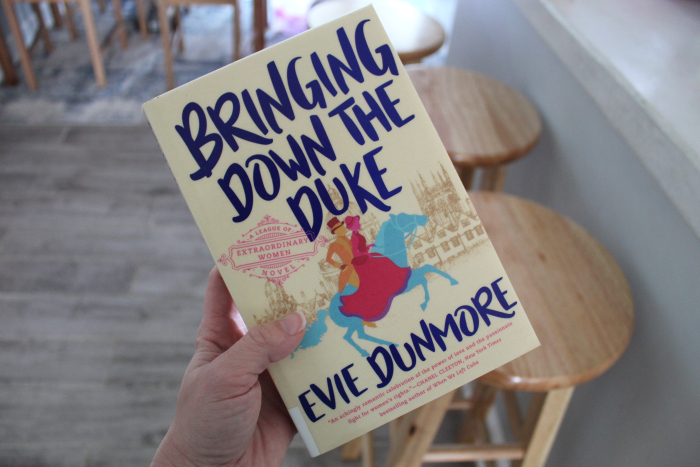 England, 1879. Annabelle Archer, the brilliant but destitute daughter of a country vicar, has earned herself a place among the first cohort of female students at the renowned University of Oxford. In return for her scholarship, she must support the rising women's suffrage movement. Her charge: recruit men of influence to champion their cause. Her target: Sebastian Devereux, the cold and calculating Duke of Montgomery who steers Britain's politics at the Queen's command. Her challenge: not to give in to the powerful attraction she can't deny for the man who opposes everything she stands for.

Sebastian is appalled to find a suffragist squad has infiltrated his ducal home, but the real threat is his impossible feelings for green-eyed beauty Annabelle. He is looking for a wife of equal standing to secure the legacy he has worked so hard to rebuild, not an outspoken commoner who could never be his duchess. But he wouldn't be the greatest strategist of the Kingdom if he couldn't claim this alluring bluestocking without the promise of a ring...or could he?

Locked in a battle with rising passion and a will matching her own, Annabelle will learn just what it takes to topple a duke....

Bridgerton on Netflix (based on The Duke and I by Julia Quinn) can kiss my booty when compared to Bringing Down The Duke. The sexual tension between Annabelle and Sebastian is the jam on my butter. The fact that Evie Dunmore did shy away from adding a lot more historical plot into her romance was so refreshing! I love a good historical fiction and added with a steamy romance....perfecto! It’s the most wonderful time of the year…but not for Maelyn Jones. She’s living with her parents, hates her going-nowhere job, and has just made a romantic error of epic proportions.

But perhaps worst of all, this is the last Christmas Mae will be at her favorite place in the world—the snowy Utah cabin where she and her family have spent every holiday since she was born, along with two other beloved families. Mentally melting down as she drives away from the cabin for the final time, Mae throws out what she thinks is a simple plea to the universe: Please. Show me what will make me happy.

The next thing she knows, tires screech and metal collides, everything goes black. But when Mae gasps awake…she’s on an airplane bound for Utah, where she begins the same holiday all over again. With one hilarious disaster after another sending her back to the plane, Mae must figure out how to break free of the strange time loop—and finally get her true love under the mistletoe.

A time loop holiday story that put me right in the Christmas Cozy Cabin feels. They did amazing not making it too repetitive as Maelyn (love that name!) relives the same week several times. It was comforting and the romance was sweet and hot. 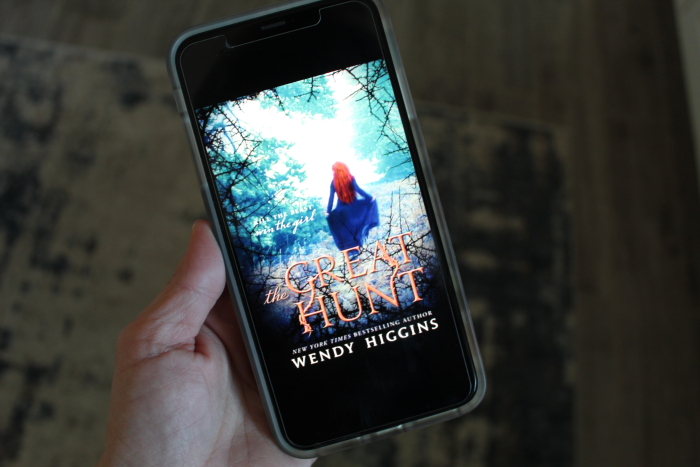 When a strange beast terrorizes the kingdom of Lochlanach, fear stirs revolt. In an act of desperation, a proclamation is sent to all of Eurona—kill the creature and win the ultimate prize: the daughter of King Lochson’s hand in marriage.

Princess Aerity knows her duty to the kingdom but cannot bear the idea of marrying a stranger... until a brooding local hunter, Paxton Seabolt, catches her attention. There’s no denying the unspoken lure between them... or his mysterious resentment.

Paxton is not the marrying type. Nor does he care much for spoiled royals and their arcane laws. He’s determined to keep his focus on the task at hand—ridding the kingdom of the beast—but the princess continues to surprise him, and the perilous secrets he’s buried begin to surface

I'm back into my YA Fantasy mood and this was a decent read. I do have the second one I want to continue just because of the sloth paced romance I can't get enough of. 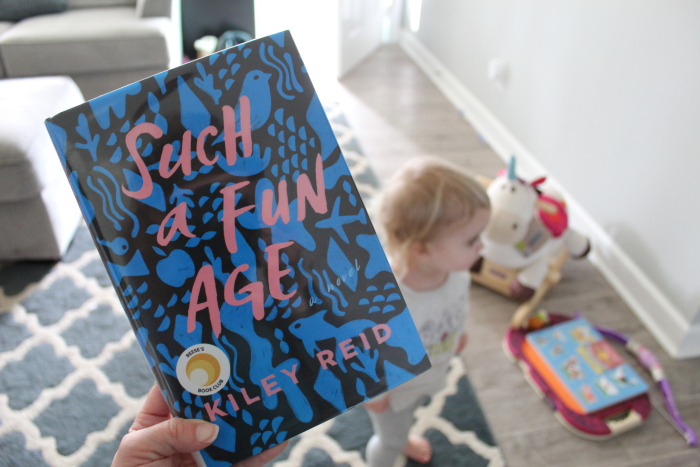 In the midst of a family crisis one late evening, white blogger Alix Chamberlain calls her African American babysitter, Emira, asking her to take toddler Briar to the local market for distraction. There, the security guard accuses Emira of kidnapping Briar, and Alix's efforts to right the situation turn out to be good intentions selfishly mismanaged.

I wasn't one of the many people who love this book. It was a solid 3 stars for me because I couldn't connect with any of the characters and felt they were all a bit out of touch. The overall issues that are addressed in the book makes it worth the read. 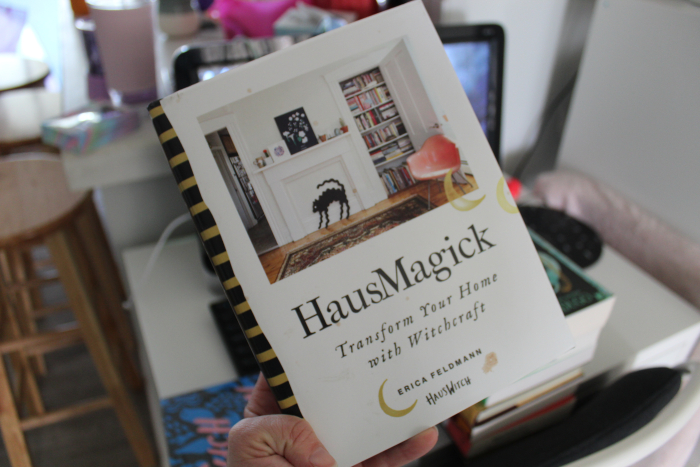 Harness the power of magic to create a beautiful, healing living space with this unique illustrated guide from the founder of HausWitch, the popular Salem, Massachusetts, store and online lifestyle brand.

What a great read! I'm not a witch or pagan (but am diving more into spirituality and trying to find my way and path). I am not one where house decorating comes naturally. I have no idea how to get things to look good and I hate it! This wasn't the book to teach me new tricks on putting decor together but instead of many a home with a lot of resources on crystals, cleansing the space, making your home more efficient for energy. Plus the pictures are beautiful! 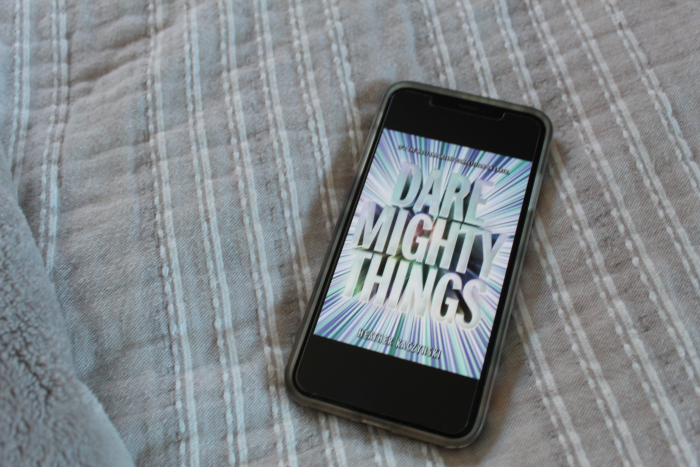 Eighteen-year-old Cassandra Gupta's entire life has been leading up to this--the opportunity to travel to space. But to secure a spot on this classified mission, she must first compete against the best and brightest people on the planet. People who are as determined as she is to win a place on a journey to the farthest reaches of the universe.

Cassie is ready for the toll that the competition will take; the rigorous mental and physical tests designed to push her to the brink of her endurance. But nothing could have prepared her for the bonds she would form with the very people she hopes to beat. Or that with each passing day it would be more and more difficult to ignore the feeling that the true objective of the mission is being kept from her.

As the days until the launch tick down and the stakes rise higher than ever before, only one thing is clear to Cassie: she'll never back down...even if it costs her everything.

I'm not sure how to review this one. I love a good space themed story and this was so awesome up until that last 10% where it dropped a star. 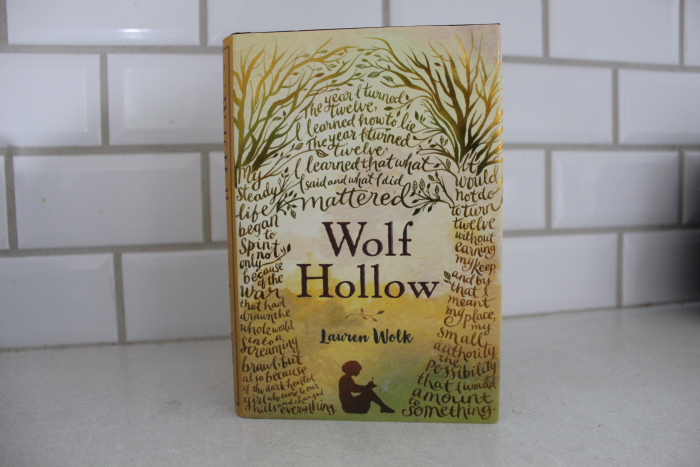 Growing up in the shadows cast by two world wars, Annabelle has lived a mostly quiet, steady life in her small Pennsylvania town. Until the day new student Betty Glengarry walks into her class. Betty quickly reveals herself to be cruel and manipulative, and while her bullying seems isolated at first, things quickly escalate, and reclusive World War I veteran Toby becomes a target of her attacks. While others have always seen Toby’s strangeness, Annabelle knows only kindness. She will soon need to find the courage to stand as a lone voice of justice as tensions mount.

This book has been on a whole bunch of middle grade lists but it personally didn't live up to the hype. It was great writing and interesting plot but it read more like an adult fiction book than a middle grade. It was also pretty darn dark and brutal at times, which I liked. 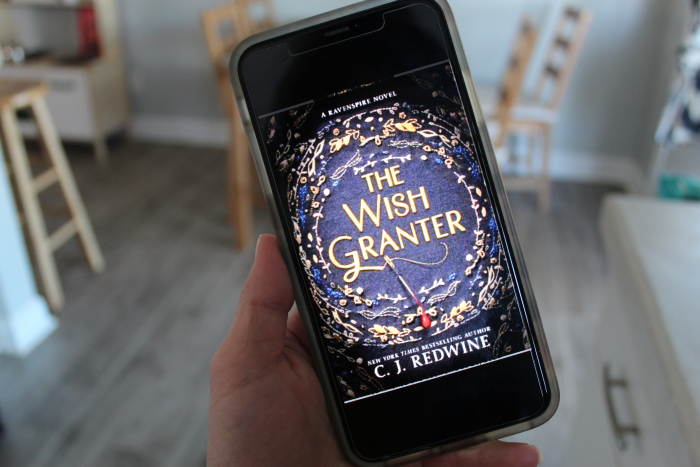 The world has turned upside down for Thad and Ari Glavan, the bastard twins of Súndraille’s king. Their mother was murdered. The royal family died mysteriously. And now Thad sits on the throne of a kingdom whose streets are suddenly overrun with violence he can’t stop.

Growing up ignored by the nobility, Ari never wanted to be a proper princess. And when Thad suddenly starts training Ari to take his place, she realizes that her brother’s ascension to the throne wasn’t fate. It was the work of a Wish Granter named Alistair Teague who tricked Thad into wishing away both the safety of his people and his soul in exchange for the crown.

So Ari recruits the help of Thad’s enigmatic new weapons master, Sebastian Vaughn, to teach her how to fight Teague. With secret ties to Teague’s criminal empire, Sebastian might just hold the key to discovering Alistair’s weaknesses, saving Ari’s brother—and herself.

But Teague is ruthless and more than ready to destroy anyone who dares stand in his way—and now he has his sights set on the princess. And if Ari can’t outwit him, she’ll lose Sebastian, her brother…and her soul.

While I didn't really enjoy The Shadow Queen all that much I absolutely adored Ari and Thad in The Wish Granter! Ari's inquisitiveness and Thad's manly protectiveness is my downfall. Give me a big strong man who wants to save the damsel and then make that damsel also able to save herself but kind of needs that lover boy. YASS!

Other Books I Read:

The comments to this entry are closed.

A journal of a homeschooling mama to 4 girls. A Knowledge Seeker, Nature Explorer and Big Time Reader who still has horrible grammar.